A recent article in Lancet, the British Medical Journal, has concluded that the placebo effect, or "fake treatment"  is stronger than medical doctors believed. “international experts say there is increasing evidence that fake treatments, or placebos, have an actual biological effect in the body. …researchers cite studies where patients with Parkinson’s disease were given dummy pills. That led their brains to release dopamine, a feel-good chemical, and also resulted in other changes in brain activity.” Wow, isn’t that something.  And don’t you love how they call placebo treatments “fake treatments”?  If the drug companies aren’t involved, the ...     Read more

Have you ever been accused of “Helping A Snapping Turtle” ? A number of years ago, Dr. Marcelle and I were driving down a back country road when we came upon one of the biggest snapping turtles I had ever seen.  It must have been between 2 and 3 feet in diameter.  Lets just say … Continue → 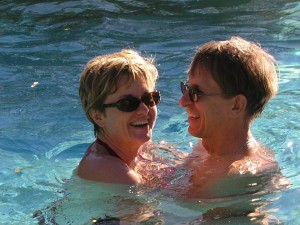 This is my best, and it never stops growing.

Tony and I have been building Awakening Potentials for over thirty years and it’s been a long road.  So much has changed.  Our company name, our location, our focus, our techniques . . .  Treatments have become consultations, and our office has grown from a basic clinic to something far more powerful. So it’s funny … Continue →